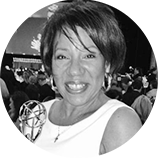 Bernadette Bascom, Founder and Creative Director of the Music Project, a special needs and music partnership  program to assist students in  developing relationships, communication, music skills and rules of personal  engagement and to foster inclusion and  compassion in the process; and the subject of an Emmy Award Winning Documentary about her work called “Bernadette’s Touch”  Produced by John Sharify and Douglas Burgess

Bernadette has produced, directed and taught young people all over the country. She has had an incredible career as a  singer and performer. She was the first artist who Stevie  Wonder signed and contracted to his record label. She has performed and worked with everyone who really mattered in the music industry for the past 40 years. Bernadette has provided the Music Project program a unique vision of the importance of inclusivity through music.

“As a Champion of “Typically Developing” and “Differently Abled” young people, I was drawn  the selfless reasons on which the Grace Children’s Foundation was created-to support, Love, and “make possible” Miracles for Children”. 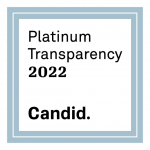